Mountain SportsDogs and other things 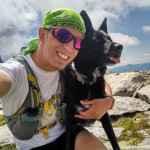 After taking advantage of the snow skiing in Grandvalira and starting ski mountaineering It was time to run a Canicross. On the weekend of January 15 and 16, 2022, I participated in the Acana Canicross Naut Aran Cup in Beret. A canicross on snow that is held in the pla de beret, within the organization of the Trango World Beret Montgarri.

The Trango World Beret Montgarri is a snowrunning race, within the Snowrunning Championship of Catalonia 2022

He Snowrunning It is a sport imported from the Nordic countries that has already taken root in our country.

Behind the great acceptance of past editions. It has been possible to consolidate the discipline of mountain races with the snow modality at a national level.

SNOWBIKING, a new discipline for FatBike and MTB lovers. With a 17km route, and a route to enjoy the surroundings and the Romanesque sanctuary of Montgarri.

The most daring, will enjoy the night snowrunning TECHNO DARK RUN, on Saturday evening, with a layout and a distance for all audiences, and the best atmosphere.

This 2022 we have the first edition of the ACANA CANICROSS NAUT ARAN CUP, two tests, one of 3km and another of 6km that will put the runners and their dogs to the test.

You can also participate in Snowrunning Championship of Catalonia, In order to qualify for this championship, you must obtain the C license annual issued by the FEEC in the mode corresponding to Courses by Muntanya, as well as having the Catalan civil neighborhood. absolute in the distance of 17KM Y Junior and Youth in the distance of 12KM.

He Pla de Beret at 1800 meters, and the facilities of the Baqueira Beret ski resort, They are the venue for this event.

A special environment, as well as the media magnitude of the place, make the Hivernal Beret Montgarri an event and exclusive sporting event for the runners of trail running.

The race of Canicross is a plot of circulate through the background circuit, with a drop of 88 meters, with departure and arrival in the same Beret cafeteria.

The start of the first test of this peculiar canicross took place on Saturday at 7:30 p.m., in its night mode, a common route of 3 km.

After a long day of skiing we rest for a while until departure time. I prepare myself for the occasion, but after a good nap in the motorhome anyone goes out in the cold outside, and also to run a canicross. It really was a moment when laziness took over inside me. On the other hand I thought: you are here, registered, so you have to take advantage of it and enjoy it.

I warmed up with Ura for half an hour near the start, as the start area fills up with runners and dogs I see Ura more and more excited. She is not lazy to run!

When there are 5 minutes left until the start, we stand at the start. Ura is very, very nervous. On a couple of occasions she almost knocked me to the ground, having to hold her very well and go down while trying to calm her down.

When the first runners start Ura wants to start, the motivation he has today is exceptional.

We make the exit in the first row of the box on the left side. Ura comes out very fast, so much so that in the first few meters we get quite a distance from the rest of the runners in our box. Ura looks immensely happy and motivated, running at a fast pace and stretching without letting up for a single moment. Every time he sees a dog in front of him, he quickens his pace more and more with the intention of overtaking all the runners he sees ahead.

We do the tour in 09:26:05 at a rate of 3:44/km. Super happy with my sensations when running after a month without training at all and amazed at how much fun Ura had.

To highlight the great atmosphere of colored lights and music that was at the exit. Spectacular!

The race of 6KM is a plot of circulate through the background circuit, with a drop of 88 meters, with departure and arrival in the same Beret cafeteria.

Check out is at 09:00. After the previous days of mountain skiing (Thursday and Friday) added to Saturday alpine skiing and running the night race, I woke up with pain in my legs.

Breakfast, I get dressed and we're going to warm up gently. Ura today seems a bit lazier, but warming up she begins to cheer up. The thermal sensation is much colder than the night race, it is the first hours of the day, and it shows.

When there are 5 minutes left before 09:00 we approach the starting line, there we find out that the start has been delayed 15 minutes. We stayed around the area playing games with Ura to warm up and chatting with other participants. We are all frozen! Temperature of -17º/-18º, has the thermometer gone crazy?

We take the exit and Ura comes out very well. It is true that I notice it calmer and running smoother than the day before. To put it in some way, it is the rhythm to which I am accustomed. This does not mean that it runs little. As soon as we left we began to overtake quite a few runners, I have the feeling that there are dogs that are not motivated at all in this cold. I see a few running next to their owners without much desire. On the other hand, there are dogs that undoubtedly enjoy the low temperatures like crazy and run exceptionally well.

The first kilometers I have a lot of discomfort in the throat area due to the cold air, a quite uncomfortable feeling but it does not make me slow down.

Ura takes me flying almost all the way, except at some point that the poor snow could not find very well where he had to stretch, getting confused at some point.

Ingrid was waiting for me at the finish line with the rest of the dogs to come in with me and record me on video.

We finally crossed the finish line with a time of 27:06 at a pace of 4:23/km. Ura is overjoyed and as soon as she crosses the finish line, she looks for her post-course pampering as always.

We chatted a bit with a couple of canicross teammates and right away I see that Ura begins to complain about one of his legs, I examine it and I don't see anything, but after the rhythm that made me go you can tell that he is cold at stop. So we go directly to the camper to warm up.

Here I leave you the fantastic video that he has prepared Group Experiences:

Travel to Iran, experience and how we were deported